An Education Infused with the Logos

Grace and the Liberal Arts

By Clare Hornsby and Sebastian Morello 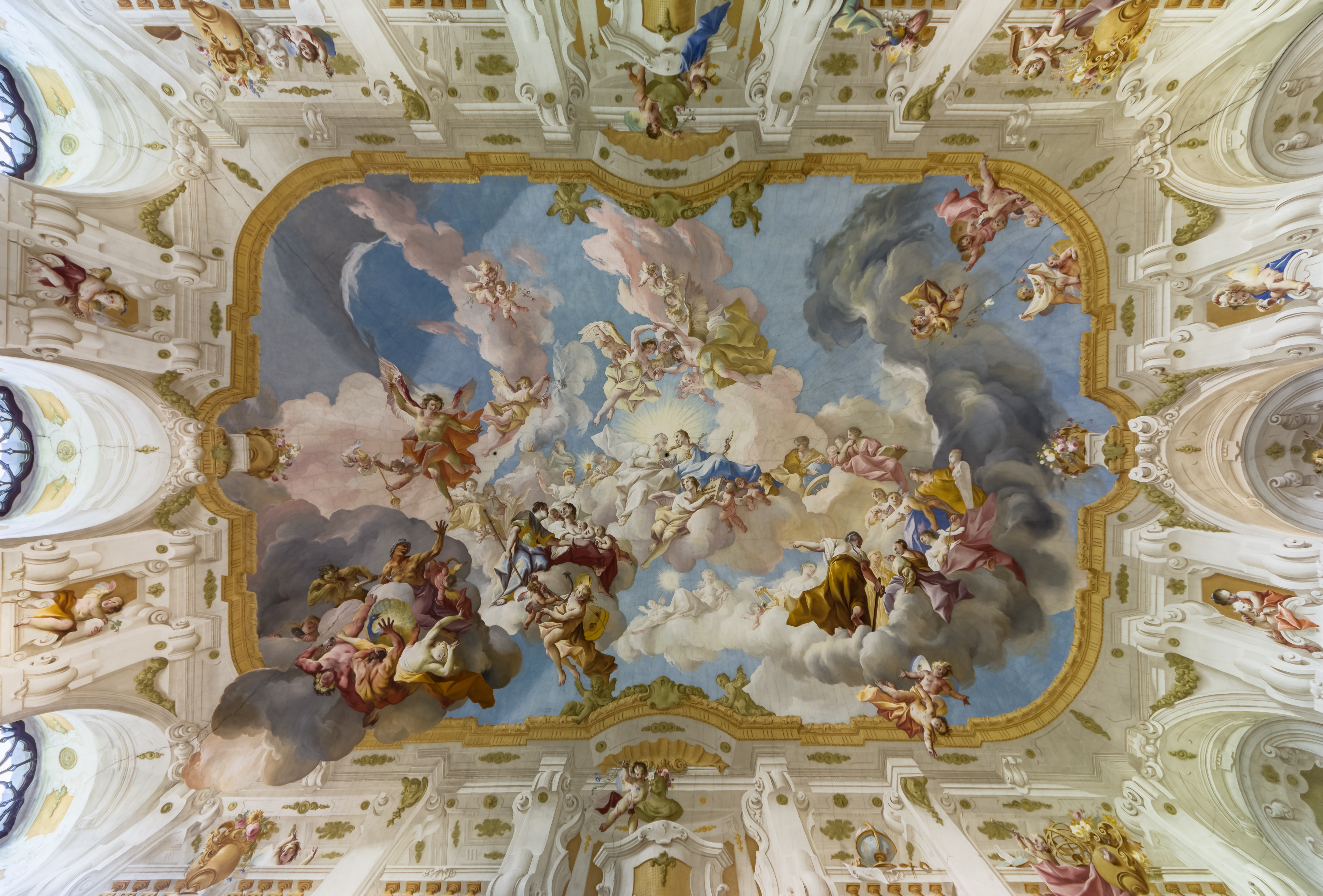 The liberal arts belong to the very identity of Christian civilisation. It is true, of course, that they predate the Incarnation, and their genesis took place beyond the Old Covenant; but, like much of the heritage of classical antiquity, they were providentially prepared for the age of the New Covenant.

For the purpose of this reflection, we will use the term liberal arts in a way which is a little looser than, say, the strict disciplines of number and word: the Trivium and Quadrivium. Rather, we refer more generally to the arts which are free, all the arts which are liberal, and which in turn liberate; which are not ordered toward utility or instrumentalism. In this way, other humane disciplines, such as the arts of the beautiful, the study of history and literature, and of course, First Philosophy and Theology, may be included in our use of the term. One would in any case be hard pressed to find a Christian liberal arts college which did not see these areas of study to be central to the formation of the students. In turn, acknowledging the place of all these disciplines in a truly liberal curriculum, we can ask: what is the end for which the liberal arts are studied?

A look at the writings of the great promoters of humane education throughout history is helpful; for exactly this purpose Anthony O’Hear and Marc Sidwell published in 2009 a very useful anthology entitled The School of Freedom: A Liberal Education Reader from Plato to the Present Day. Although the question is not always explicitly posed, nor explicitly answered, the discussion in this book brings to the fore that the notion that the end of a liberal education is the actuation of the whole person. This education raises man above his functionality and transforms him into a being open to the world. Now, obviously a consequence of this may be that the humanely educated person is in fact of tremendous ‘use’ to society. This consequential aspect was greatly emphasised in the Renaissance period, in which a liberal education was often referred to in its connection to the cultivation of courtiers and statesmen. Nevertheless, this was not to be seen as the proper end of the liberal arts. The liberal arts can never be subordinated to the order of utility.

Presupposing the notion that a liberal education has its end in the actuation of the whole person, we find ourselves with a new question, namely: Can a non-Christian education respond to the whole person? or, to put this another way, Must a truly Liberal education also be Christian? It can be proposed that though it is true that the liberal arts predate the founding of the Church, they could never attain their own proper end without its patronage. This point can be maintained for a number of reasons, but here we will examine only two: the liberal arts must form the whole person, but the whole person is not a reality without grace elevating and redeeming wounded human nature. Secondly, Christian revelation is the proper object of theology, which in turn provides certainty to the other disciplines in the liberal arts curriculum. In turn, the first reason is concerned with the student of the liberal arts, and the second concerns the arts themselves. Let us examine these two points.

Liberal education implies the formation of the virtues, primarily the intellectual virtues, but also all those habits which order man toward his proper finality. According to Catholic anthropology, the human person is understood to be born wounded and incomplete due to original sin; indeed this is why in Catholic theology (unlike in some schools of Protestant theology) grace is believed to elevate and redeem human nature, bringing it to perfection, and not merely ‘hide’ human brokenness. This freely given gift of grace enters into the life of the Christian and enables him to partake of the Divine Nature. The point here is a simple one: the liberal arts are ordered toward the education of the whole person, but due to original sin there is no ‘whole person’ independent of the life of grace. In turn, if the liberal arts are truly to fulfil their purpose, they must be cultivated alongside supernatural grace in the life of the student.

Regarding the second point, along with philosophy, theology should be the crowning discipline in a liberal arts curriculum. Theology is not the same as ‘religious studies’, for theology is, strictly speaking, the ‘science of God’, i.e. the quest of reason to grasp the intelligibility of God’s own revelation of Himself. In the medieval university theology was of course not part of the liberal arts, but rather they were the foundation for pursuing further studies in the faculties which transcended them: philosophy and theology. One could argue that theology taught as a historical discipline simply belongs to a liberal education, as it gives the conceptual tools to understand Western civilisation: a basic knowledge of Christianity is obviously indispensable for reading the monuments (literary and artistic) that this civilisation has left us. However, this would not suffice in order to reach  an adequate understanding. Rather, it is necessary to be engaged in theological enquiry from within the Christian tradition. No doubt historical theology should have a place in the liberal arts curriculum, but the Christian intelligence needs—for its own formation—theology as a rational reflection on God’s revelation; as faith seeking understanding.

In his theological reflections, Josef Ratzinger was keen to point toward the concept of logos at the centre of Christian faith in God. ‘Logos’ can be translated as word, but also as reason, meaning, order. The God who is logos guarantees the intelligibility of the world, the intelligibility of our existence. The recognition of the God who is logos demands that the object remain primary and one’s subjectivity remain secondary. Whereas modernity is characterised by a narrowing of reason (limiting it to empirical and scientific inquiry), the Christian world-view keeps the breadth of reason alive, allowing for speculation arising from abstract questions, and enabling proper perennial metaphysical and ethical issues to be engaged with in depth. Such emphasis on the primacy of the object also marks an antidote to the ‘culture of feeling’, which wants to make universities ‘safe spaces’ in which certain topics can no longer be freely discussed. Such a view of theology can only be held within a Christian context. Without the approach of faith, theology degenerates into a subject like ‘comparative studies in religion’.

This second point—that of theology’s ability to lend certainty to all other scholarly endeavours—raises a further issue in its reference to the logos. A liberal education, seen through the Neoplatonic lens (a traditional approach), is really an exploration of the logos: that is, the very mind of God. Only the Christian, however, can make the move from an impersonal study of perennial truth to transform that study into prayer, to transform scholarship into relationship, ultimately relationship with the one who is the incarnate logos: Jesus Christ.

© Clare Hornsby and Sebastian Morello 2018. The authors have written on the wider implications of this topic in their essay ‘Beyond the Secular University’ in Beyond McDonaldization: Visions of Higher Education ed. Dennis Hayes, (Routledge 2017).

Dr Clare Hornsby is the Founder of the Benedictus Liberal Arts Trust for whom, with academic colleagues, she has drafted a three-year BA degree course and one-year Certificate course in the Liberal Arts. She holds a PhD in the History of Art specialising in the 18th century and in Counter-Reformation art and has held various fellowships in London and Rome.

Sebastian Morello is a lecturer at the Centre for Catholic Formation in the Archdiocese of Southwark. He has studied Scripture, philosophy, and theology in India, Italy, and England, and is currently reading for a doctorate in Philosophy at the University of Buckingham under Professor Roger Scruton. He speaks frequently at public lectures and conferences, including the Roman Forum and the Benedictus summer schools.

If you’re interested in this topic, we invite you to join us over in the Second Spring Education Forum to discuss it further. The topic specifically linked to this article can be found here.